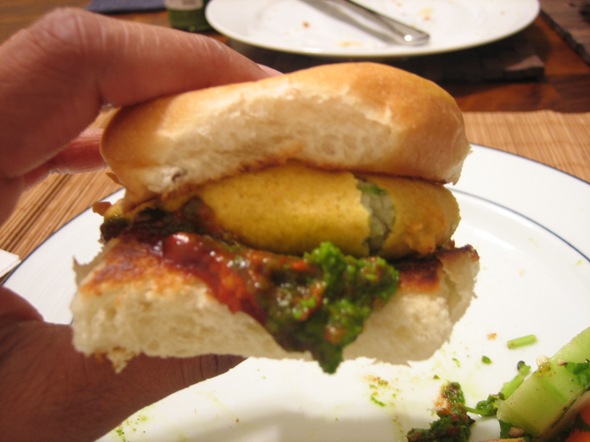 Country roads, take me home, to the place where I belong…John Denver was singing about the mountains of West Virginia but his song resonated with me as I read about prominent Mumbaiites like Suketu Mehta urging the world to run to Mumbai – not away from it in response to the recent terrorist attacks.  I agree with Suketu’s message and am trying to not give in to fear, to not feed into the goals of such heinous acts.  So, inspired by another of Suketu’s writings, I wanted to share one of Mumbai’s most celebrated street foods, Vada Pav.

The stacks of pav have been sprinkled with chutney – the top half of the inside of the bun is bathed in green chutney, the bottom with red garlic chutney…I walk away from the stall  and crush the vada by pressing down on it with the pav, little cracks appear in the crispy surface, and the vada oozes out its potato and pea mixture.  I eat.  The crispy batter, the mouthful of sweet-soft pav tempering the heat of the chutney, the spices of the vada mixture – dark with garam masala and studded with whole cloves of garlic that look like cashews – get masticated into a good mouthful, a good mouth-feel.  My stomach is getting filled, and I feel like I am eating something nourishing a long spell of sobbing. 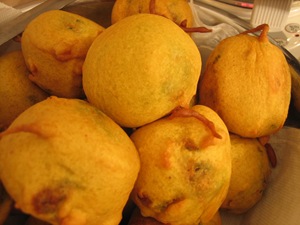 This description has stuck with me ever since I read Maximum City months ago.  It took about an hour for me, my brother, his wife, H, and R to make the vada pav (pronounced vuh-duh pow) but it was a lot of fun – from the rolling to the frying to the smearing the chutneys and then chowing down.  Photos courtesy of my brother – deep frying and simultaneous picture taking not recommended. 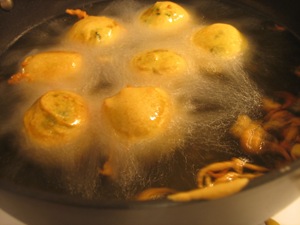 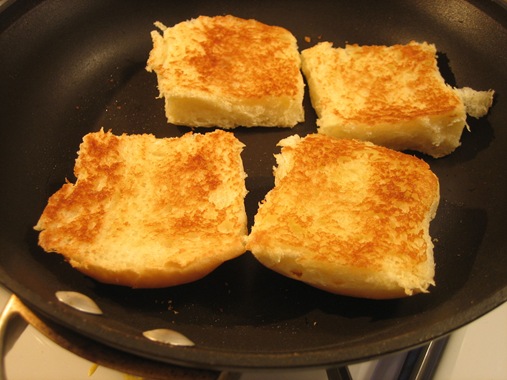 Also, here’s a post from Holy Cow, a vegan cooking blog, also about celebrating Mumbai and it’s beauties through it’s street food that I really liked.