A few weeks ago, my parents held a small prayer ceremony in their home to mark the anniversary of my paternal grandfather’s passing.  He died when my dad was in his 20’s so I never knew him.  As part of the ceremony, my mom prepared foods that were my grandfather’s favorites when he was alive.  The food is offered during the ceremony for the deceased.

I got to talking with my dad about Eggplant Barbeque, one of my grandfather’s favorites.  My dad made this often when we were growing up.  It’s made from a roasted then pureed eggplant.  My dad has called it Eggplant Barbeque for as long as I can remember.

How to roast and prepare the eggplant: 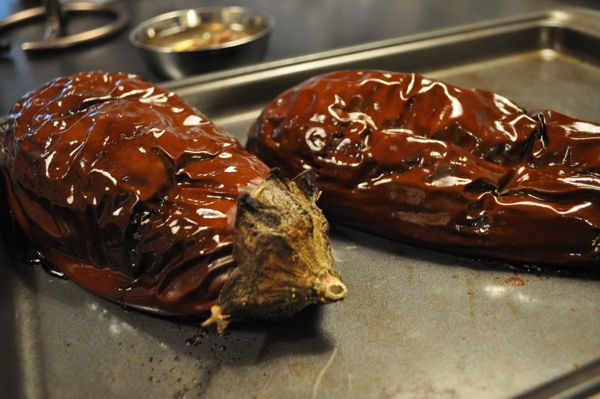 Poke holes in the eggplant, rub with oil and roast at 450 degrees until blackened and deflated. 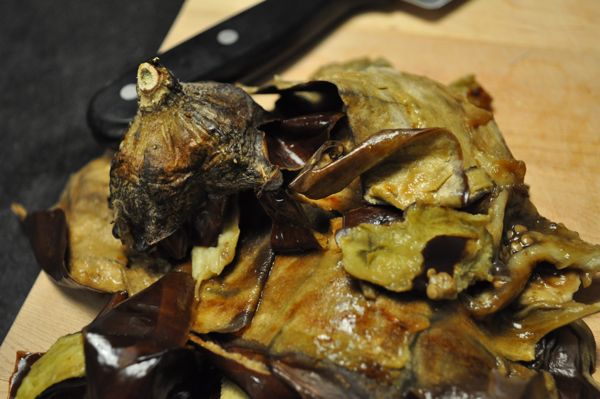 Use your hands to peel off the skin. It should come off relatively easily. 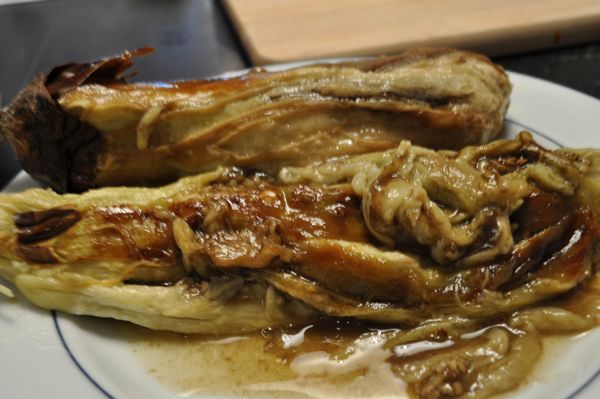 Cut the stalks off of the end of the skinned eggplants.  Be sure to cut close to the base so you don’t lose any precious eggplant.

Using a fork, mash the eggplant. Looks kind of gross I know.  But it is velvety, nutty goodness.