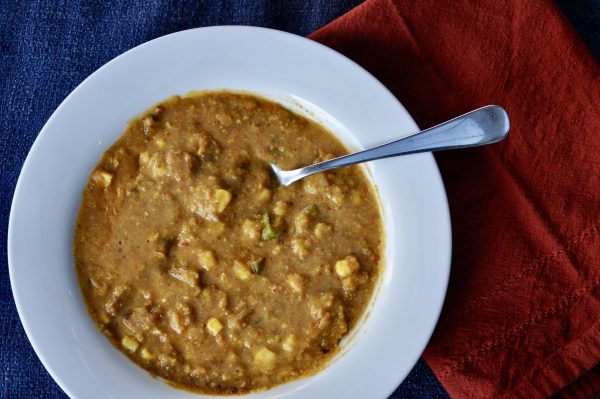 A light corn chowder is just what the unseasonably warm weather that we had this week called for making. Although, it’s the kind of soup that’s really perfect for any weather.

Juicy plump bites of corn amongst creamy soft potato bites with sweet carrots chunks surrounded by a rich, naturally creamy and sweet soup backed up by just a light hint of heat from harissa.

It kind of doesn’t matter what happens with the weather this week in Hoboken. We’re all set with this soup.

Skip straight to the recipe

This recipe is adapted just slightly from 101CookBook’s Corn Soup Recipe. I liked Heidi’s recipe because it was one of the relatively easier corn chowder soup recipes out there and because she called for an extra kick with harissa, which I fully believe should be put on everything.

I took the flavor up a few more notches by adding cumin powder, coriander powder and red chili powder and rounded it out by adding a diced sweet very orange carrot. After cooking the diced onions, potatoes, carrots and garlic until the potatoes and carrots were tender, the potato mixture and corn are added to the broth and simmered.

Because we all deserve to have our cake and eat it too, you reserve almost half of the corn mixture and puree the rest before combining again.

Top the whole thing off with a healthy portion of harissa and chopped scallions. Stir the entire glorious pot together and enjoy. If you prefer to add the harissa in to individual soup portions you can choose to do that instead. 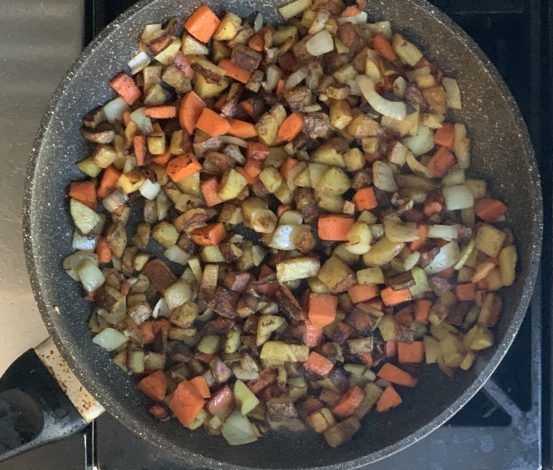 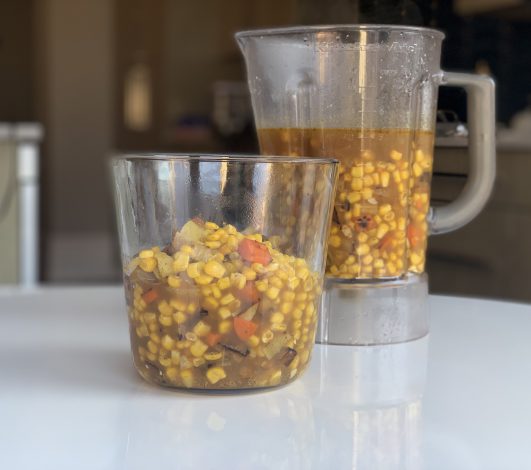 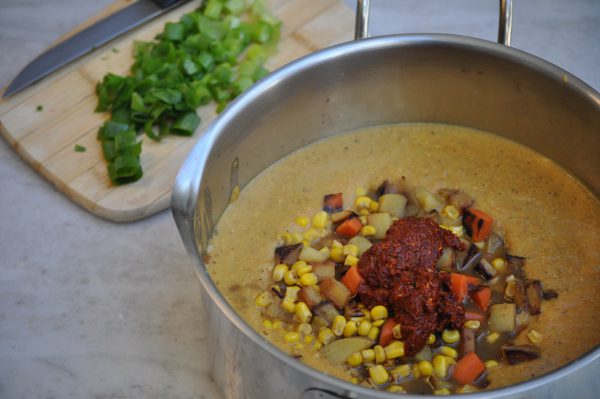 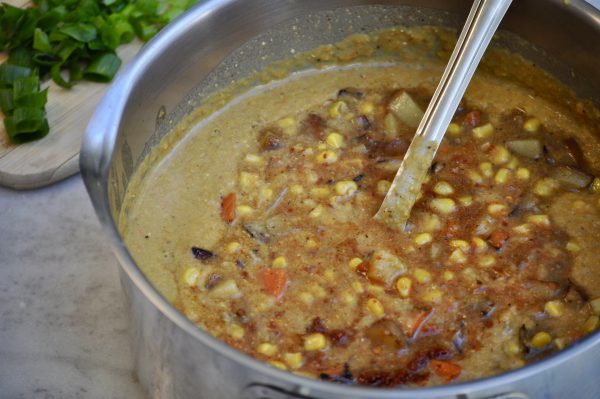 I’ve been making a soups on Monday in preparation for the week. What are some of your favorite soup recipes? Healthy soup recipes is a bonus but not a requirement!