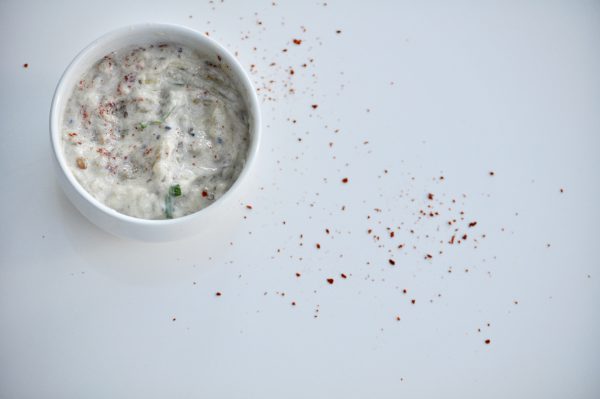 As a kid, I remember being really fascinated with how my Dad could take a big, sturdy purple eggplant and turn it into a silky, sweet yet savory and nutty vegetable. Sometimes this transformation involved roasting the eggplant in the oven and peeling off the purple skin. This revealed the eggplant’s slowly roasted, silky tendons.

I have to confess that to this day, when I go to the grocery store, if I see a good looking eggplant, I cannot resist putting it into my cart. And forget about it if it is Chinese Eggplant. Then I’m hauling way more of those home than we can eat (because they shrink when you cook them…so I need a lot). 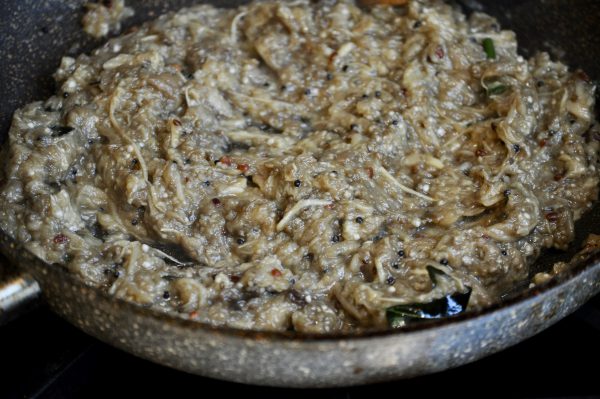 I came home with two big sturdy Italian eggplants – one for a soup (cubed and crisped up and dunked into tomato soup) and one that I was going to roast for something Indian.

And then I read this Hungry Desi post from March 2010 about Eggplant Barbeque. Eggplant Barbeque was a frequent eggplant dish in our house and favorite of my Dad’s. When he told me the recipe by phone back in 2010, he also mentioned that it had been his dad’s favorite dish.

I remembered a roasted eggplant yogurt that my Dad also used to make often. It’s simple – creamy, sweet, savory with little nuggets of crispy urad daal and mustard seeds. This was one of those eggplant dishes that my Dad made which mystified me. I mean how does a big, solid purple eggplant turn into this silky, smooth yogurt dip?

And so, of course, I used my haul of eggplant that day to make my Dad’s Roasted Eggplant Yogurt. I don’t remember him teaching me how to make it, but fortunately my Mom gave me a quick recipe. 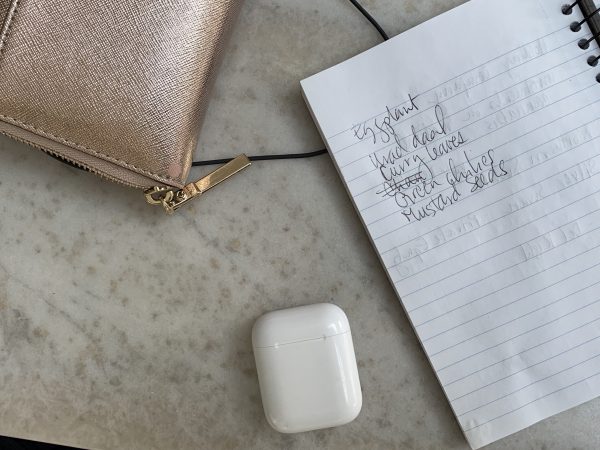 This Roasted Eggplant Yogurt is mild, sweet and savory. It is served cool and pairs well with any other Indian curries or just mixed with rice and a side of Indian pickle.

I’d also serve it in a heartbeat with toasted crostini or pita as an appetizer. 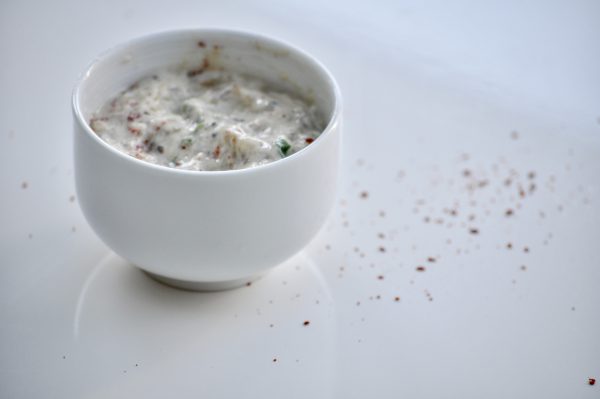